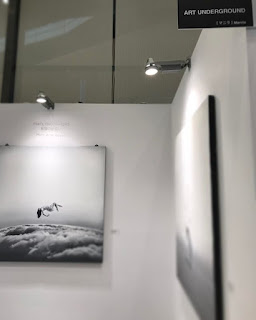 The motions of finite encounters

Marc Aran Reyes addresses the gentle sadness of things / 物の哀れ (Mono No Aware) in "Finite Encounters," a series of six oil-on-canvas works that illustrate the ephemeral nature of life. People come and go from our lives. Creating finite moments of engagements regardless of its length.

As each encounter plays out its course that begins with a connection, peaks with affinity, and ends as a memory. The ephemeral nature of encounters leaves us with a gentle sadness that reminds us that the transient state of things is a reality of life. This concept is best communicated in the Japanese Philosophy "Mono no Aware" (a sensitivity to ephemera).

Reyes' use of photorealistic figures clings onto notions of real people or strangers whose affinities are built on memory. Each figuration becomes an incarnation, a person whom the artist has once come in contact with, perhaps in a chance meeting, in a dream, or possibly imagined. Each canvas is minimally composed to emphasize the significance of encounters. This overshadows the brevity of life and its mundane trials inviting viewers to momentarily forget the pain of being human and appreciate the subtleties of fleeting moments experienced through acts of arriving, lingering, and departing. Reyes' characteristic style is apparent in his female figurations set against barren landscapes - sceneries that are evident throughout his oeuvre - afloat or in the midst of vaporizing into nothingness. These works collectively orchestrate the feeling of surrender to the idea of impermanence. His monochromatic palette compliments this message as an earnest approach to the gentle sadness epitomized in this philosophy. 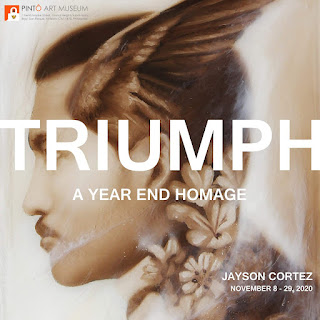 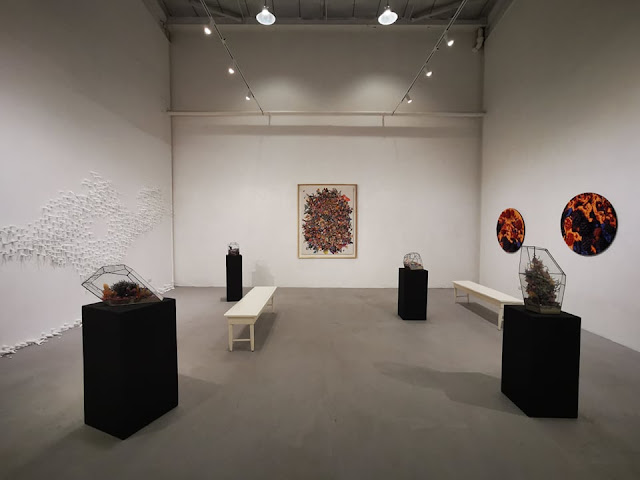